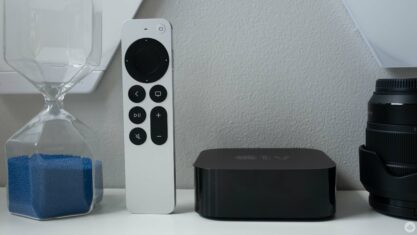 Apple’s ‘TV Remote’ app is set to make a return alongside iOS 16, according to a recent tweet from MacRumors contributor Steve Moser.

Though Apple’s virtual Apple TV remote was available as an app, the tech giant ditched the dedicated app and removed it from the App Store back in October 2020. Since then, the app has been available directly through the iOS and iPadOS ‘Control Center.’

Finally the tv remote is an app again. Now if only it appeared at the top of Spotlight search results. Has someone made a Shortcut to launch it so that I can put I on my Home Screen? https://t.co/ssCJmiIdrJ pic.twitter.com/41qw24cQ7e

Now, it looks like, alongside a revamped, highly-customizable lock screen, the dedicated Apple TV Remote app is also making a return. As someone who constantly misplaced their physical Apple TV remote and who often forgets that I can swipe down from the top of my iPhone to access the built-in virtual remote, this is great news (I’m just so used to using the dedicated Apple TV remote app).

The first developer beta of iOS 16 is currently available, and a public beta will likely launch at some point next month.

The final version of iOS 16 will release this coming fall. For more on iOS 16, follow this link.
Source: @SteveMoser