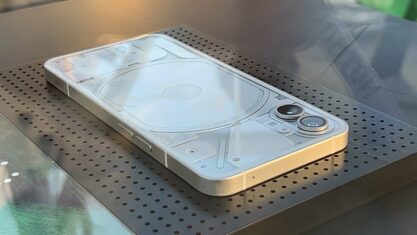 Another day, another drip of information about the Nothing Phone (1). This time around, we got video of the rear of the phone, including the flashing rear light strips.

Nothing held an event in Switzerland for tech journalists and YouTubers where they could see the phone. Well, the back of the phone. In a glass box. So, emphasis on see. Anyway, Das kann was recorded footage and published photos of the phone from the event.

Now, the video doesn’t show much that we haven’t already seen. Yesterday, Nothing published a picture of the back of the phone, and that’s basically all we see in this video. The Nothing Phone (1)’s iPhone-like, squared-off design is on full display.

However, we get a better view of the sides of the upcoming smartphone in this video, including the power and volume buttons (interestingly, two separate volume buttons instead of the typical volume rocker). There’s also a ‘Phone (1)’ logo on the edge below the volume buttons.

The most important thing we see in the video is the light-up strips. Those strange glyphs from Nothing’s first tease of the phone do light up. In the video, you can see the C-shape line around the camera housing illuminate, as well as the angled line in the right-hand corner and the exclamation point line at the bottom.

The big G-shaped line in the middle appears to light up at one point as well, but it’s hard to tell if it’s the phone or a reflection from another light in the room. 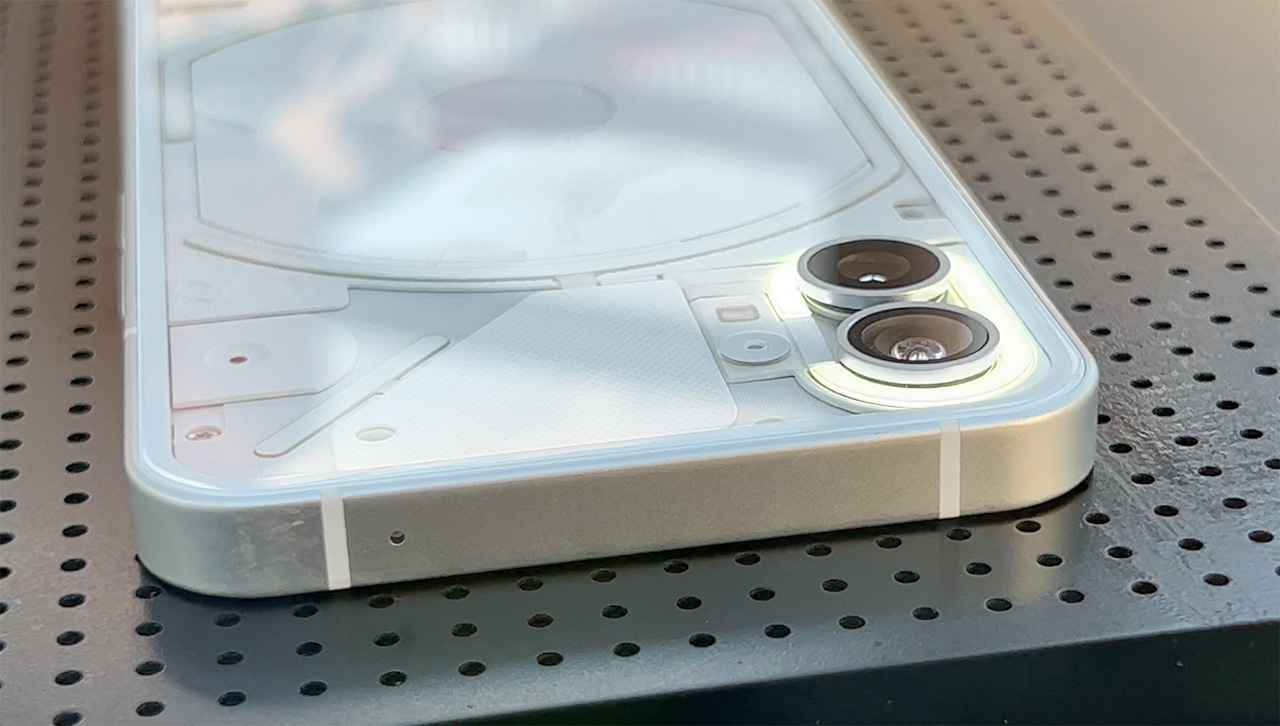 Once again, I find myself intrigued by the Phone (1). We’ll likely continue learning little tidbits of information in the build-up to the July 12th reveal. Android Police notes that the phone may go on sale as early as July 21st, with a price around €500 (about $673.67 CAD).

While the price sounds excellent, I’ll remain cautiously optimistic about the Phone (1) for now. There are too many unknowns at this point and, especially for the first phone from a new company, I want to see reviews before making judgements.