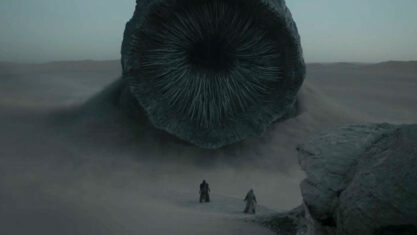 DNEG, a leader in visual effects (VFX) is opening a brand new animation studio in the heart of downtown Toronto. The studio, responsible for the VFX of 2021’s Dune, officially opens its doors to the King West district studio.

The studio has its roots firmly implanted across Canada. Currently, DNEG operates in Vancouver, Montreal, and now Toronto. In total, the VFX house employs more than 1,500 staff. Additionally, DNEG aims to hire 200 employees for its Toronto studio in its first year of operations. The studio is already well on its way as it has hired 150 new staff for its latest Canadian expansion. The plan is to scale the studio even further during year two, in response to demand from clients for its award-winning VFX and animation services.

“DNEG is proud to invest in its Canadian studios, providing the local VFX, animation and high-tech talent pool in the area with opportunities to work on some of the world’s biggest films as we experience increasing demand from the entertainment industry for our premium quality work,” said DNEG Chairman and CEO Namit Malhotra. “We remain committed to our long-term growth strategy as DNEG expands from feature film and episodic TV content to take advantage of opportunities in adjacent markets, including gaming and the metaverse.”

DNEG currently offers flexible hybrid in-office options for its staff. The company seeks to address the ongoing COVID-19 precautions. It aims to keep itself appealing and competitive in order to continue securing talent within the country.

DNEG is widely recognized for its efforts in VFX and animation. Over the past decade, the studio has won seven Academy Awards for Best Visual Effects. The studio has won awards for its work on Dune (2021), Tenet, First Man, Blade Runner 2049, Ex Machina, Interstellar, and Inception. Additionally, DNEG has won seven BAFTA Awards, 18 Visual Effects Society (VES) Awards, and three Primetime Emmy Awards.

As for upcoming projects, DNEG is working on the fourth season of Stranger Things, Shazam! Fury of the Gods, Borderlands, Knives Out 2, and The Last of Us, which is filming in Canada.

14 hours ago Peter
All News

1 day ago Peter
All News

Oracle keen to set up ‘Oracle Academy’ in Bangladesh