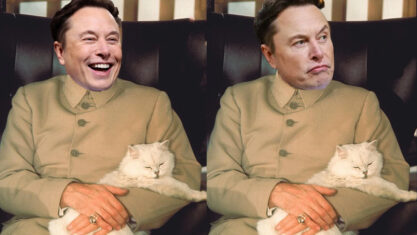 The application filed by Musk’s Boring Company (via Electrek) doesn’t outline what the billionaire intends to do with the giant underground tunnel, but the filing is currently with the city of Austin.

Underground tunnels are immune to surface weather conditions (subways are a good example), so it wouldn’t matter to Hyperloop if a hurricane was raging on the surface. You wouldn’t even notice.

The project is called the ‘Colorado River Connector Tunnel’ and its description only includes the following alongside 12733 Tesla Rd being listed as its address:

“The applicant is proposing a private access tunnel along with associated improvements.”

The Boring Company continues to work on its ‘Loop’ in Las Vegas, Nevada, a system of tunnels that utilizes Tesla’s electric vehicles to move people between stations in order to avoid above-ground traffic. The concept is kind of like a subway, but with electric vehicles (EVs) capable of making more stops. It’s worth noting that the Loop also isn’t remotely like what Musk had promised, and is basically a narrow tunnel full of Tesla cars.

It’s likely that Musk has a similar plan for his mysterious Colorado River Connector Tunnel but that it could be designed for internal use at Tesla, including moving employees across the Gigafactory’s campus — or, Musk just wants to build a super villain lair.

Electrek has a full copy of the application up on its website.

In other Musk-related news, the billionaire’s quest to acquire Twitter is still underway, his trans daughter has filed to cut ties with him and Tesla plans to fire 3.5 percent of its workforce this year.

32 mins ago Peter
All News