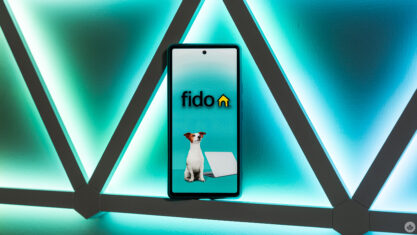 A recent update to the Fido website added that all plans include “4G LTE Speeds.” Further, the fine-print contained in the ‘See full details’ drop-down section says “Speeds capped at 150 Mbps. In times of congestion, your data may be slowed according to the Fido Network Management Policy.” The site then links to this page with Fido’s terms, including the aforementioned policy.

The change brings Fido in line with other providers, including Telus, Koodo, Bell, and Virgin Mobile, all of which added speed caps to plans this year.

At the time of publication, Koodo had the slowest speeds with 100Mbps caps, while Bell and Telus had faster 250Mbps speeds. As an aside, Telus lists some plans with 1Gbps speed caps, while Bell lists some 5G plans as having the “fastest available 5G speeds” with no specific cap. Fido and Virgin Mobile hold the middle ground with 150Mbps caps.

MobileSyrup has reached out to Fido regarding the change and whether we’ll see data caps come to Rogers as well. It remains unclear if the change applies only to new plans, or if it applies retroactively to past Fido plans. We’ll update this post with any response from the provider.

You can view Fido’s new speed caps for yourself here.

2 hours ago Editor
All News