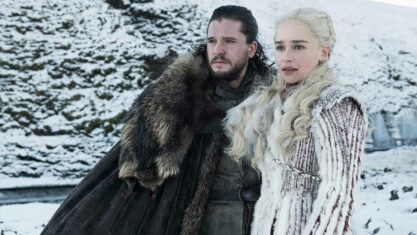 A Game of Thrones sequel with Jon Snow is reportedly in-development at HBO, according to The Hollywood Reporter.

According to the publication, HBO is currently in the early development phase of the Game of Thrones sequel, which is reported to be a live-action spinoff centred around Jon Snow, played by Grammy-nominated Kit Harington.

Since the series finale, Harington has appeared in Marvel’s “Eternals” as Dane Whitman, as well as an episode of Amazon’s “Modern Love.”

Snow was exiled from Westeros to the Night’s Watch in the season eight series finale of GOT, after having learned that his true name was Aegon Targaryen and he was the son of Lyanna Stark and Rhaegar Targaryen. Snow was last seen travelling north of the Wall with the Wildlings. It would be interesting if the story continues where the event of the finale concluded. It’s unknown whether other familiar faces from the series will make their way to the rumoured spin-off.

History does not remember blood. It remembers names.

House of the Dragon, an HBO spin-off set 200 years before the events of GOT will premiere on Crave on August 21.

Other prequel spin-offs already confirmed by HBO include Tales of Dunk and Egg, 10,000 Ships and Nine Voyages. It’s likely that the in-development spin-off with Harrington at the center of it will also make its way to Crave. The report doesn’t mention any tentative release dates.

Samsung’s One UI 5.0 beta rumoured to launch in July

Samsung’s One UI 5.0 beta rumoured to launch in July

24 mins ago Peter
All News