A fire is burning in the bosque on both sides of the Rio Grande north of Veguita this afternoon.

Valencia County Fire Department Assistant Chief Jaime Gonzales said the fire started on the east side of the river, jumped to the west side and is moving north. About 76 acres have been burned so far, Gonzales said, and the fire is at zero percent containment. 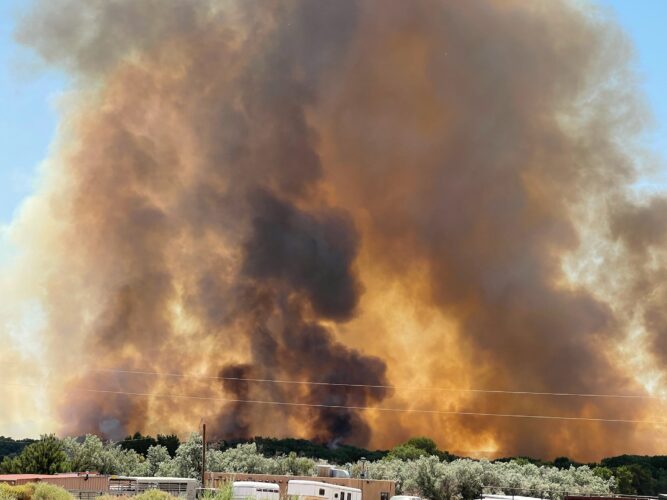 Photo courtesy of Angela Cano
This photo was taken from N.M. 304, east of the fire currently burning in the bosque on both sides of the Rio Grande north of Veguita.

“There are some structures endangered but we don’t know the exact number. We have structure apparatus on the way,” Gonzales said.

The assistant chief said multiple departments have responded to the fire and there is a large number of apparatus already on the scene. At this time, the department isn’t calling for evacuation of the area but residents should leave if they feel the need, she said.

“People should definitely mitigate their homes at this time. Remove any fuel sources near their houses or buildings, including cotton,” Gonzales said.

The goal of the space startup Astra is to enter orbit for the first time today. Here is how to watch the live broadcast.