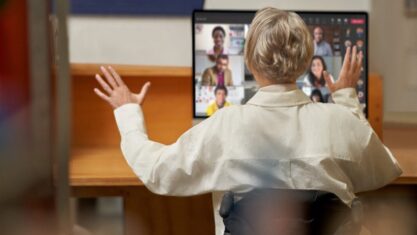 These features include echo cancellation to cut out unnecessary noise from speakers, making audio clear when multiple users talk at the same time, ‘de-reverberation’ to suppress reverberated sound in a room, interruptibility for more natural conversations through two-way audio transmission, and enhanced background noise suppression.

According to Robert Aichner, a principal program manager for intelligent conversation and communications cloud at Microsoft, 30,000 hours of speech training samples were analyzed to train the AI  to suppress unwanted audio (via The Verge).

Microsoft says it will release these video and audio improvements to Teams Windows and Mac/iOS users in the “coming months.”

A future release is also planned for Teams’ Android and web clients.

Sources: Microsoft Via: The Verge

8 mins ago Peter
All News