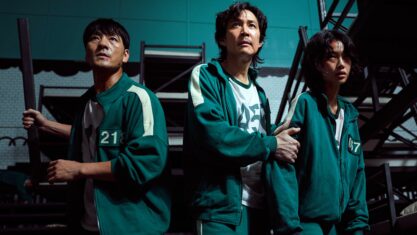 Netflix is working on a 10-episode reality competition series based on its massively popular Squid Game series.

Announced at Alberta’s Banff World Media Festival, Squid Game: The Challenge will feature 456 global contestants who compete in a series of games to win $4.56 million USD (about $5.9 million CAD). Netflix says this is the largest lump-sum cash prize of any reality series ever, although, as The Hollywood Reporter notes, X-Factor has given out recording contracts worth $5 million USD (about $6.49 million CAD).

Overall, The Challenge has a similar premise to the scripted Squid Game series, in which 456 people also vie for large cash prizes, albeit with life or death stakes. It’s currently unclear how Netflix will alter the games in the reality series to make them decidedly less fatal.

Regardless, people were quick to point out that making a reality series based on Squid Game is rather tone-deaf. After all, creator Hwang Dong-hyuk quite clearly intended for the series to be a critique of capitalism and economic class struggles. On Twitter, several people shared a rather astute tweet from writer Alex Blechman:

Sci-Fi Author: In my book I invented the Torment Nexus as a cautionary tale

Several people naturally pointed out this series goes against the entire point of Squid Game.

When I definitely understand the theme of Squid Game

This just proves everything Squid Games was saying about capitalism. The whole point was to be disgusted by the premise, not replicate it. What…

Netflix missing the satire of their own shows sounds about right.

Other responses were more humorous, but still in the same vein. Some shared images from Parasite, another South Korean drama about the disparities between classes:

Others posted other popular memes:

While it makes sense that Netflix would want to capitalize on its most-watched series of all time, perhaps a different approach was in order. In any event, those interested in taking part in Squid Game: The Challenge can visit SquidGameCasting.com. It’s important to note that Netflix requires applicants to be English-speaking, which is a questionable choice considering the original series was almost entirely in Korean.

A second season of the fictional Squid Game series was also recently confirmed to be in development.

59 mins ago Peter
All News