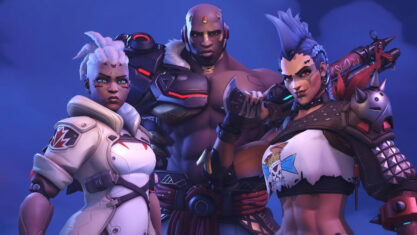 At Blizzard’s Overwatch Beta 2 event, the company showed off more of Junker Queen, a new map and what’s in store for the title.

Game director Aaron Keller announced that Overwatch 2 will include three new heroes, six new maps, the new PVP mode, 30 new skins and a mythic skin. We’ve learned about two of the three heroes, Junker Queen and Sojourn, but they’ll show more of the new support hero in the coming months.

After October 4th, the next season starts on December 6th with a new map, a new tank hero, and 30 more skins. And Overwatch plans on delivering either new modes, heroes or maps every nine weeks. The company plans on releasing new heroes every other season and a map in between.

There will be no more loot boxes, and instead will use the battle pass method and a store. The next new map is Rio De Janeiro, which is a Push map.

First look at all-new cosmetics coming to #Overwatch2 on October 4.

Check out an all-new tier of hero skins

Additionally, there are banners and charms coming alongside Mythic skins. It seems like the first mythic skin will be for Genji and will add customizable pieces.

During the event, they showed off more of the Junker Queen, including her move set and storyline.

On another note, Overwatch 2 now offers Dolby Atmos and 3D surround sound for the console. Reportedly, they’ve added a ton of new voice lines for the game.

The player-versus-enemy (PVE) mode for Overwatch is still coming in 2021. The PvE aims to tell the story of the characters, finish previous storylines for characters and tell new stories. You’ll be able to check out Torbjorn’s home and more.

Overwatch 2 comes out on October 4th for free, and the next beta available for PC and console launches on June 28th.