Samsung might already be shelving the Galaxy FE series 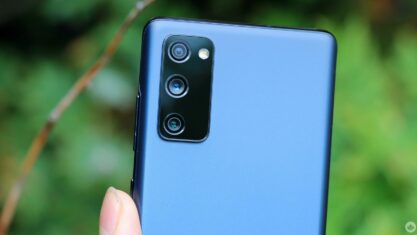 It looks like Samsung might be cancelling the Galaxy S22 FE, according to a new report from SamMobile. The company’s next Fan Edition smartphone was poised to launch later this year or in early 2023.

SamMobile says that it received this report from multiple sources and has done its own independent research to back up its sources. Additionally, the publication indicates that it’s likely we won’t see more Galaxy FE models in the future.

This could be tied to the S21 FE releasing late this year, and having the S21 FE launch only a couple of weeks before the S22 series is probably a significant misstep. My S21 FE headline sums up my feelings on Samsung’s latest FE device — ‘A little too late, a little too costly.’

It’s also possible that the Fan Edition smartphone just doesn’t fit in Samsung’s lineup. If you’re looking for a cost-effective solution, you could purchase one of the company’s ‘A series’ devices. On the other hand, if you’re genuinely a fan and want the best Samsung handset available, you’d likely choose one of the flagship S series devices.

If Samsung really does get rid of the FE lineup, would I miss it? I don’t think so.