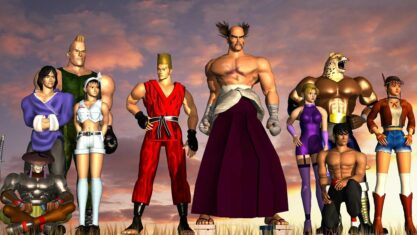 PlayStation was briefly selling Tekken 2 at the incorrect price of $9,999 USD (about $12,932 CAD) on the U.S. PlayStation Store in a since-updated listing.

The classic 1995 Bandai Namco fighting game landed on PlayStation’s digital storefront as part of the June 13th launch of Sony’s PlayStation Plus revamp. Tekken 2 is included as one of the ‘PS Plus Premium’ retro offerings — emulated games from the PlayStation, PlayStation 2 and PlayStation Portable.

The error was first spotted by Twitter user @TheKBGamer and quote tweeted by Tekken director Katsuhiro Harada, a prominent figure in the industry. “WHAT A MARVELOUS PRICE SONY,” Harada amusingly wrote.

WHAT A MARVELOUS PRICE SONY https://t.co/dGoKPdwmD7

The high price tag has since been removed. It should be noted that PlayStation is allowing users to purchase some of the games in the PS Plus Premium catalogue separately, like Toy Story 2: Buzz Lightyear to the Rescue!, while others, Tekken 2 included, are locked behind the membership paywall. PS Plus Premium starts at $21.99/month.

Thankfully, the North American launch of the new PS Plus did address another major retro games concern: the quality of emulation. When the expanded service debuted in Japan last month, users noted that the retro games were based on the European “PAL” video format, which was infamous for running at the slower 50Hz compared to the 60Hz “NTSC” versions in Canada and the U.S. However, PS Plus’ original PlayStation games are the superior NTSC versions.

For more on PlayStation Plus, check out the service’s full games catalogue.

52 mins ago Peter
All News